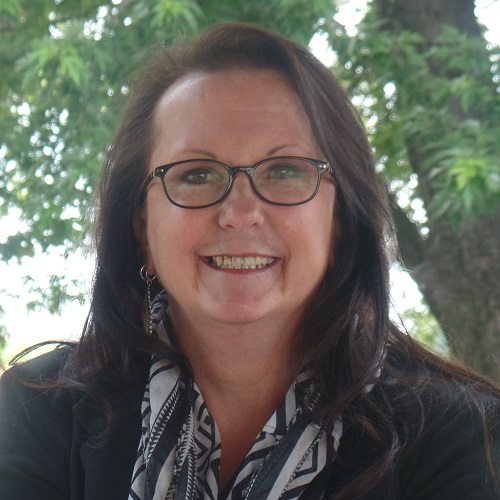 Gina Terry was an EMT for Mount Hope and the surrounding community for years, but when career advancement threatened to take her out of town, arrangements were made to keep her in Mt. Hope; her skills were too valuable to let go.

Gina had been offered a position at a doctor’s office in Wichita. Having completed her training programs, serving as an EMT, and EMT intermediate, and as a driver for the Mt. Hope ambulatory service, Gina was a valued member of the town’s EMS team. When board members heard that she was planning to make the move to Wichita, they decided to find her a position that would allow her to remain in Mt. Hope. This way, she could continue to run EMT calls, no matter what time of day, because she would then be both living and working in Mt. Hope.

So, she began her position as a CNA at Mount Hope Nursing Center in 2002, while still running calls.

“I might have been giving a resident here a bath, and our emergency phone would ring. So, someone would come trade me places and takeover the bath and I’d go down to the station. I’d jump on an ambulance, do that, and then come back and pick up whatever was left of my job to do,” Gina said.

While at Mount Hope Nursing Center, she moved through the ranks, serving in almost every role possible at the nursing home. She spent a year-and-a-half as a CNA, three years as a restorative aide, and another year-and-a-half as activities director before taking over as the social services director. During this time, Gina remembers running calls being a little different.

“It was better when I was on the floor in scrubs, because when I took over Social Services, I had to be in business dress, so when I was running through the emergency room at St. Francis in a dress and heels, people were like, ‘oh, you’re that weird chick from Mt. Hope,’” Gina said with a laugh.

An Administrator with a Unique Background

In 2015, after serving as the social services director for eight years, Gina accepted a position as administrator and said goodbye to running EMT calls (though she still serves as a driver!).

Through her background as an EMT, Gina has acquired a unique set of skills for a nursing home administrator. Among those, she says, is an ability to handle people in crisis.

“whether that’s the patients themselves or the families of those affected, I’ve learned to handle these situations and to really have empathy for everyone involved,” she said. “I am naturally a caregiver. We all have gifts and talents, and that’s just who I am.”

During her time at Mt. Hope, Gina has been surprised and inspired time and time again by human resiliency.

“I’ve seen residents who really struggled, who needed help with everything that they did, but they just kept on going. They got up every day and they did it. It’s amazing to see what people can go through. That’s what helped make me stronger. ”

Though Gina’s role as administrator came with a lot of responsibilities, she remains focused on making people her priority. She can often be found in the rooms of her residents, talking with them, keeping them company and making sure they are comfortable. Gina truly has a heart for her work, and it’s displayed in the care she gives her residents, each of which she knows by name. Gina and her skilled staff work with residents to build close, personal relationships that create an environment that feels like home.